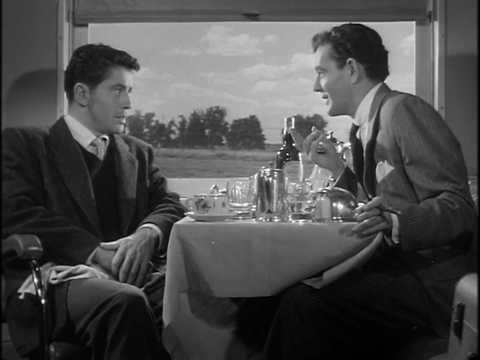 This post also appears on the American Association of University Professors Academe blog.

Academia doesn’t always do a good job of communicating its findings to the outside world.  Far too often, interesting and important results never get farther than the pages of a scholarly journal, in all likelihood only noticed (let alone read and understood) by a few other academics. This is a shame, because many of us like to believe that the world would be a better place if only policymakers actually made decisions on the basis of sound research.

Some faculty members and think tank scholars have responded to these concerns by engaging the services of professional communications specialists. These intellectual helpers can write (or ghostwrite) research articles, reports, blog entries, or social media posts.  Curious about how this worked, I talked to Christian Smith, the William R. Kennan, Jr. Professor of Sociology at Notre Dame.  Twice he received large grants that included funding for a communications director.  These experts talked to journalists, put together websites, and compiled mailing lists.  In both instances the communications directors did yeoman work in getting the word out about Smith’s research.  Communication specialists, Smith believes, have media skills that academics sorely lack.  What’s more, some of them are well connected, so they can get opinion leaders to pay attention to your study.  An acquaintance in higher education who prefers to stay anonymous, told me how this worked for her.  At the same time one of her articles appeared in a scholarly journal, she retained a communications specialist for a month for $8,000.  The most important service performed by this specialist was access; in this case, bringing the article to the attention of a columnist for a national newspaper.  The columnist mentioned the article, and broad publicity ensued—certainly broader than could have been obtained if the acquaintance had just had her university issue a press release.

Is any of this news?  It depends upon who you ask.  I ran this by a communications specialist I know.  She believes it’s becoming more common for researchers—particularly university-based research centers or larger research firms with small communications staffs—to ask communications experts to help disseminate their work to broader audiences.  Still, the broad scope of her work was news to me, and I suspect that most of the academics I know would feel the same way.  Many believe in an idealized purity when it comes to scholarly inquiry.  Under this view, money corrupts scholarship.  Sponsored research might be OK—depending upon the sponsor, of course—but elsewhere scholarly inquiry is ripe for pernicious influence whenever tainted by filthy lucre (think Big Pharma and medical research).  Even publicity in and of itself is often seen as a questionable objective because it can insinuate crass commercialism.  It’s for this reason that Christian Smith preferred to think of his employees as communication specialists, not publicists.

But there is an upside.  Academicians are constantly thinking of ways to get research findings in front of policymakers and the general public (in my field, this is called “doing public sociology.”)  One of the chronic problems here is that we just don’t speak the language of publicity: academics are trained to do scholarly research, not to translate our findings into prose that laypeople can understand.  Communications experts, in contrast, know how to talk to the general public.  They are used to dealing with the media, and may well have extensive contacts there.  Many are also well versed in the vagaries of social media: what a project website should look like, how to build a Twitter following, and so on.

So paid promotion of research can get help get the word out, at least for those who can afford it.  And there, of course, is the problem: the only people who can afford it are think tank employees, research centers, or scholars with large extramural grants.  And not every funding agency wants to spring for this sort of thing, while many think tanks are committed to ideology rather than scientific objectivity.  Indeed, most of us don’t want the loudest voices at the table to be the ones that are the most heavily subsidized.

One possibility is for universities to spend more money on research promotion.  Most schools have small departments whose promotion efforts are generally limited to dumping press releases onto various news wires.  Larger media relations units could certainly do a better job of getting the word out.  And social media offers newfound opportunities here.

Academics might feel better about blog entries penned by university staff rather than paid consultants.  Nevertheless, academic communications specialists aren’t going anywhere.  One thing that might make people feel better about them is greater transparency.  Funding sources should always be disclosed, as should the involvement of communication professionals.  After all, we are all happier knowing exactly what goes into the things we consume.