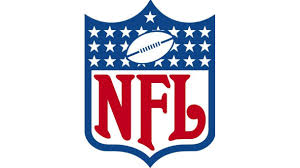 The NFL is filled with criminals, right?  And former pro football players often die young, correct?  I was surprised to learn in the most recent issue of The New Yorker that: A) Pro footballers are arrested at lower rates than are men in general; and B) They live longer than average.  This is yet another reminder to actually look at the data rather than be caught up in media frenzies.

Another example is Deborah Lipstadt’s recent New York Times editorial on the reemergence of European antisemitism.  I’ve read Lipstadt’s book on holocaust denial and think she’s a fine scholar, but was disturbed to find that her editorial didn’t actually present statistics indicating changing attitudes towards Jews or any actual uptick in antisemitic violence.  This just left me with a strong feeling of déjà vu: we’ve intermittently heard these warnings for years.  I recall a lot of them in the 1990s, perhaps coinciding with the publication of Ingo Hasselbach’s chilling memoir of the German neo-Nazi movement Führer Ex.

Look at the data.