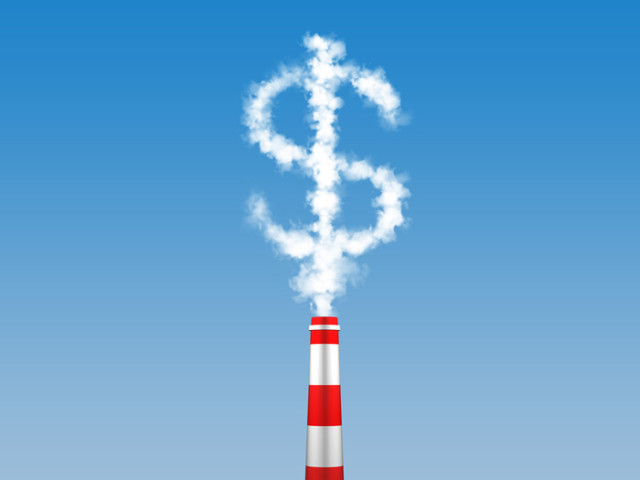 On July 20, 2017 the news broke that my employer, the University of Utah, agreed to accept a ten million dollar donation from the Charles Koch Foundation. Crucially, the gift is conditional: coupled with a matching donation, it is intended to open a new research institute dedicated to advancing Koch priorities, most notably a “free market society.”

As Jane Meyer chronicles in her 2016 book Dark Money, Charles and David Koch have sought for decades to influence politics and policy via targeted donations to colleges and universities. Irrespective of politics and priorities, it is troubling when wealthy individuals and groups seek to buy influence in higher education.

Faculty members in the College of Social and Behavioral Sciences at the University of Utah, have drafted a statement about the Koch endowment, and are in the process of collecting faculty signatures. I was happy to add my name as a signatory.

I’m posting this statement because sunlight is the best disinfectant.  Hopefully it will inspire other academics whose institutions consider accepting conditional donations as the University of Utah has. And kudos for the authors of the statement.  They did a great job.

Dear Members of the Executive Committee of the Academic Senate:

It is our understanding that the Executive Committee of the Senate has been asked to review a proposal for the granting of provisional institute status to the Marriner S. Eccles Institute for Economics and Quantitative Analysis.  As part of your review process, we understand that the Executive Committee has significant input into the governance of this potential new institute at the University of Utah and the role that the Charles Koch Foundation may or may not play in the administration of this institute.

Why does the agreement between the Charles Koch Foundation and the University of Utah raise concerns about intellectual independence and academic freedom?  There are several reasons:

In further support of this claim: The Center for Public Integrity reviewed hundreds of private documents, emails and audio recordings that, along with interviews with more than 75 college officials, professors, students and others “indicate the Koch brothers’ spending on higher education is now a critical part of their broader campaign to infuse politics and government” with their specific and controversial vision of a “free market society.”[2]  We note that one part of this vision is to end public support for scientific investigations that Koch-funded organizations deem “frivolous handouts,” including sponsored research conducted by scholars at the University of Utah.[3]

Why does this matter?  It would be a violation of the principle of academic freedom to oppose a grant agreement simply because of the ideological or political views of a donor and our statement of concern does not refer to the political or philosophical positions of the Charles Koch Foundation.  Rather, we are deeply concerned about an agreement with a donor whose stated purpose is to promote a specific ideological and political agenda for this stands in direct violation of the University’s self-definition as “a place where the broadest possible latitude is accorded to innovative ideas and experiments, where independence of thought and expression are not merely tolerated but actively encouraged” (Policy 6-316).

We do not believe that it is in the long-term best interest of our University to allow its talented professors and students to be strategically “leveraged” by any outside entity, irrespective of its philosophical or political views.  Indeed, we believe that even the appearance that the University of Utah is willing to serve as a vehicle for the strategic political aims of any organization or donor will do serious damage to the academic reputation and scholarly integrity of our institution – as it arguably has with other academic institutions around the country.[4] While we do not believe that it is any part of the University’s intention to align itself with the Koch Foundation’s ideological network and its specific public policy goals, by virtue of accepting funding from the Koch Foundation the University of Utah will become another vehicle of the Foundation’s broader political ambitions.  The fact that these ambitions include the evisceration of public support for academic research – especially related to climate change[5] – creates an institutional association that is at cross-purposes with the mission and values of our university and the important scholarship it seeks to advance for the wider public good.

A grant agreement that is serious about preserving intellectual independence, academic freedom, and sustaining the principle of autonomous faculty governance would insist upon a general grant to be allocated as the Institute director and an independent faculty advisory board see fit, with the total amount of the grant funds paid up front.  As business reporter Michal Hiltzik has argued: “Anything short of that merely invites the donating foundation to try throwing its weight around.”[6]

The proposed “Institute for Economics and Quantitative Analysis” constitutes a threat to the long-term viability of the Economics Department at the University of Utah, particularly in light of the similar name of the Institute and the $800,000 set aside for scholarships and fellowships in this grant agreement. A pluralistic and dynamic Economics department – located within the College of Social and Behavioral Science and fully supported and protected by Central Administration –provides the students at the University of Utah with an important opportunity to approach economic thinking and analysis within the wider context of national and international history and in reference to the complex factors shaping human behavior. The Department of Economics is committed to a pluralistic approach to economics as a social science. Its research and teaching activities incorporate investigations of the evolution of economic thought, the comparison and critical analysis of a variety of theoretical approaches, and the generation of applied, policy-relevant research that is informed by this broader inquiry.

To help sustain the vital place of the Department of Economics at the University of Utah, we strongly encourage the University to more completely and transparently differentiate this new Institute from the mission and aims of the Economics department.

Finally, given the limited amount of time that faculty, students, and academic leaders at the University were given to consider a proposal for a new institute, we urge the University to incorporate meaningful forms of independent faculty governance in this new institute, especially as this relates to future faculty hiring and the distribution of student scholarships and fellowships.

Thank you for your consideration of this statement of concern.  We look forward to receiving your reply.

[1] It is worth noting that when this document was discovered by university faculty with a long-standing relationship with the Koch Foundation – Wake Forest University – it prompted the members of the Academic Senate Ad Hoc committee to move to prohibit all Charles Koch Foundation funding at their institution.  See, “Faculty Senate at Wake Forest Explains Opposition to Koch-Funded Institute,” Chronicle of Higher Education, May 12, 2017.  The full Academic Senate later approved a motion to prohibit all Koch network funding from Wake Forest University (March 15, 2017).

[5] See, The Doubt Machine: Inside the Koch Brothers’ War on Climate Science, by the Real News Network: http://therealnews.com/t2/index.php?option=com_content&task=view&id=2930.

[6] Michael Hiltzik, “Did the Koch Family Buy a Piece of the University of Utah to ‘Balance’ a Marxist Faculty?” Los Angeles Times, July 25, 2017.