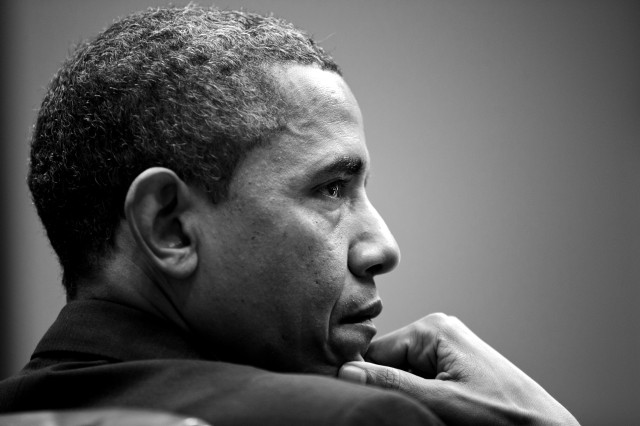 President Obama, many members of congress, and much of the American public supports military action against ISIS.  Why?  Despite overheated language from Secretary of Defense Chuck Hegel, ISIS is a long way from launching attacks against America.  However, we’ve already paid so much in blood and treasure for Iraq that we’re loath to surrender a chunk of it for people like ISIS.

Still, there’s no political will for ground troops.  And there’s a good reason for that.  Suppose we expel ISIS from Iraq (and Syria, for that matter)?  Then what?  We’re not going to institute a long occupation.  But when we withdraw our troops, there would be nothing to prevent ISIS from quickly retaking the territory we just withdrew from.  This would be a political disaster for Obama, and America more generally.

But we have to do something.  Therefore, we get airstrikes: possibly effective, but with low risk to the lives of American servicemen.

I’m starting to get the feeling that we’ll always be at war.  There are also eerie parallels to Vietnam.  After the withdrawal of most ground troops after 1968, Nixon sought the “Vietnamization” of the war by having the South Vietnamese assume the balance of the ground combat operations, with the support of American air power.  Sound familiar?