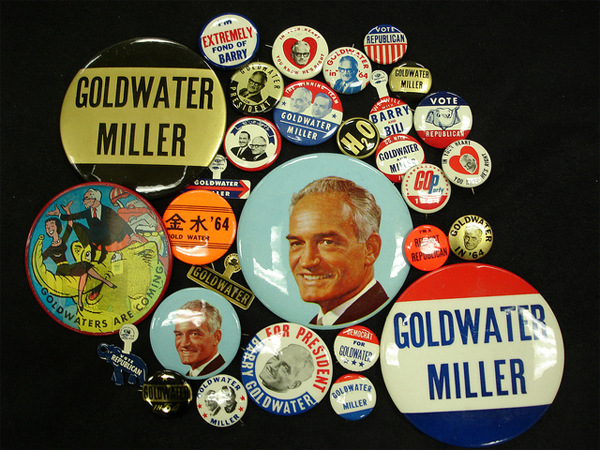 I’m currently reading Before the Storm: Barry Goldwater and the Unmaking of the American Consensus, by Rick Perlstein.  It offers a rich and colorful account of how the conservative movement coalesced in the 1960s.

Curiously Goldwater has been partially rehabilitated by liberals in recent years, largely due to the interesting HBO documentary Mr. Conservative: Goldwater on Goldwater.  Goldwater, we learn, was disgusted by the influence of religion on the republican party, thought abortion should be a states’ right issue, and was all for gays in the military, famously opining that, “they only had to shoot straight.”

Another thing I find interesting is the overall state of politics in the early 1960s: America was just as polarized then as it is now.  The difference is that 1960s polarization didn’t really correspond to the party system.  Back then the extremists were liable to be members of the John Birch society or a similar group.